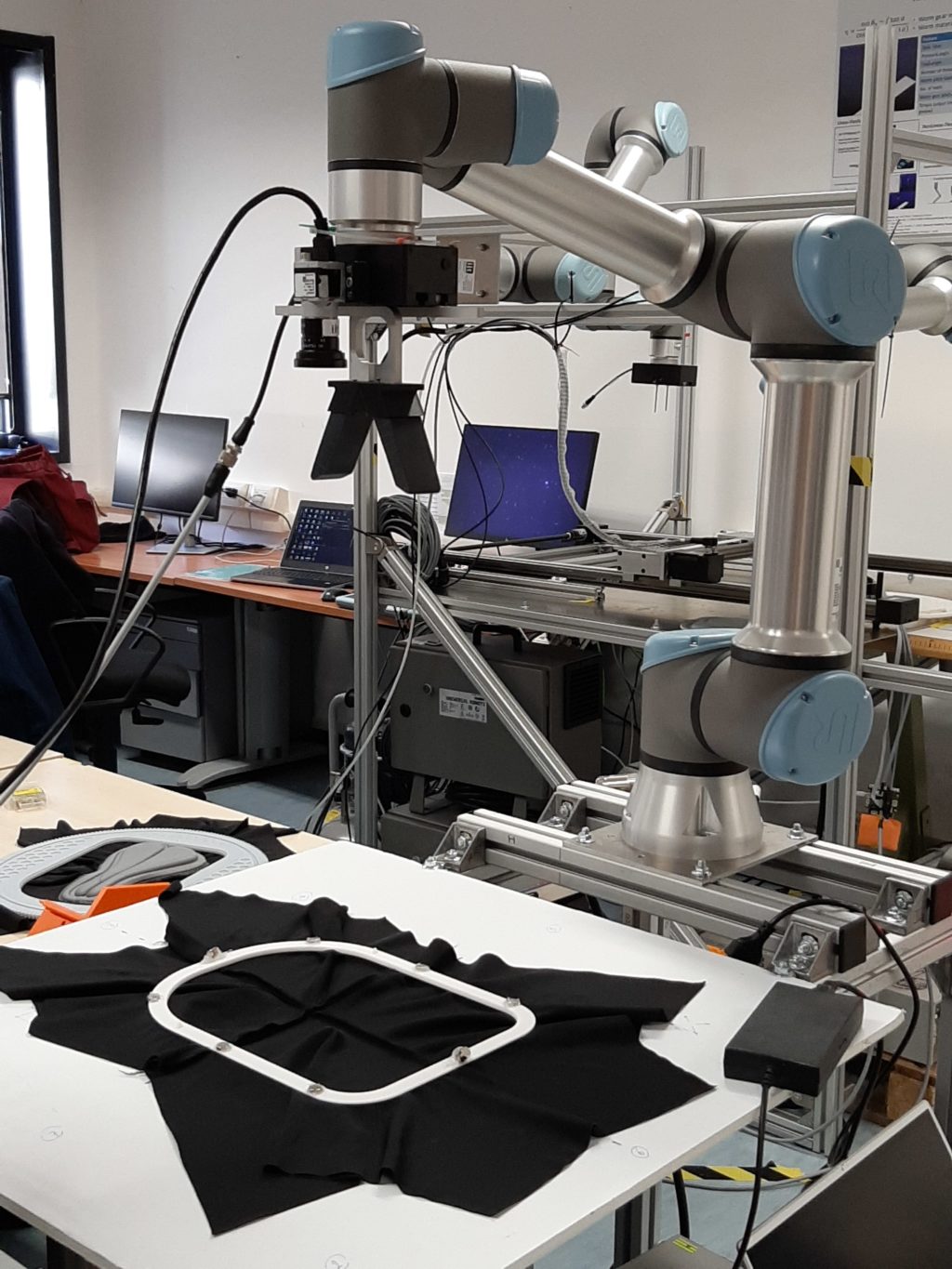 The M30 General Assembly of the European SoftmanBot project, was an opportunity for DECATHLON PRODUZIONE ITALIA S.R.L. to see the mockup #prototype developed by our partner “Istituto Italiano di Tecnologia” operating in a real environment.

Decathlon as an industrial partner of the #project is interested in the development of a #robotic technology capable of manipulating soft tissues in order to be able to apply it on the #manufacturing and sewing of cycling shorts; the needs expressed initially, relating to the development of a complex robotic perception #system, capable of working elastic and non-rigid fabrics, with the aim of facilitating the operations carried out by people, have now been translated into a working #industrial prototype!
In the evolution of the project we really appreciate the progress of the research carried out by the ITT partner, which resulted in the construction of a working prototype, presented during the General Assembly.

Our visit to the ITT in Genoa, allowed us to see the prototype in action and allowed us to run some tests.
It has been a wonderful moment of exchange, comparison and discussion on the #future progress of the SoftmanBot Project.